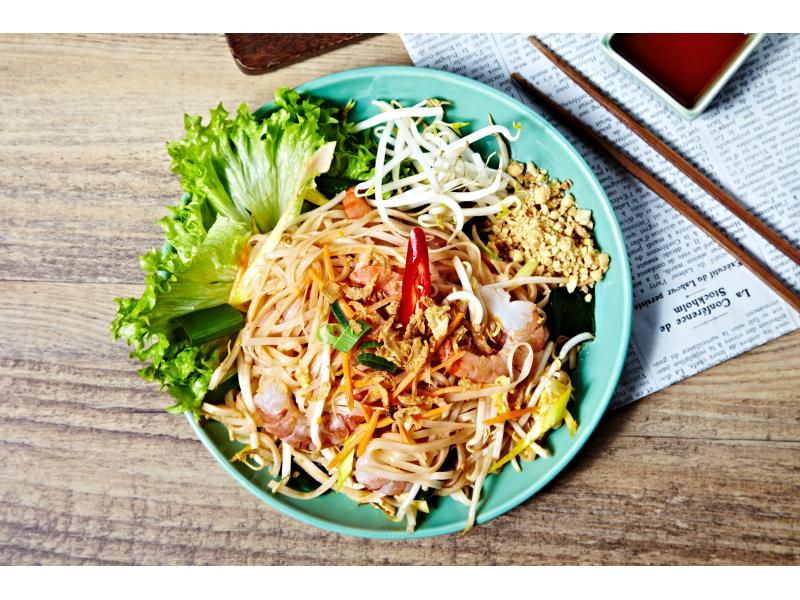 A true national emblem, Pad Thai is the most famous Thai dish in the world. A look back at the history of a dish, which does not have much to do with Thai!

Pad Thai (ผัดไทย), literally "Thai-style fried noodles", is a dish made up of rice noodles, eggs, yellow tofu, dried shrimp, fish sauce, soya sprouts and chili. All ingredients used for the most part, except chili, in Chinese cuisine. And for good reason, some would go back to the origin of this dish in the kingdom of Ayutthaya (1351-1767). At the time, the capital was a real economic centre, a meeting point for international traders, cultures mixed, communities settled and spread their habits.

Pad Thai Thai cuisine Thailand Unusual news
Pad Thai could be an adaptation of the Vietnamese "Pho Xao" or the "Kiaw tiao", Chinese fried noodles. But at that time, we don't talk about Pad Thai yet. It was not until the 1940s and the consequences of various factors, both economic and nationalist, that prevailed in government policy at the time that this dish, which was inseparable from Thai cuisine, appeared.

Develop a feeling of "Thainess"

In 1938, Marshal Phibun Songkhram, then Prime Minister and military dictator of Thailand, launched a vast campaign to modernize the country while setting up a regime inspired by European fascism based on ultra-nationalist propaganda. The government imposes as a national language the language spoken in Bangkok, changes the name of Siam in Thailand (country of the free), encourages the population to adopt Western clothing, changes the first day of the year to match it to the European calendar.

With the Second World War, Thailand found itself in the midst of an economic crisis. As one of the largest rice exporters, the government decides to make up the deficit by exporting more and encouraging people to consume more rice noodles. As noodles were already very popular and always in a desire to develop a nationalist feeling, what the Marshal called "Thainess", he decided to create a national dish, the "Pad Thaï", he distributed the recipe all over the country and encouraged street vendors to offer it to the population. Very quickly the dish became one of the basics of what can be called "fast food" in Thailand.

Today, it is almost impossible to list the number of restaurants that serve them, as well as to count the many variations. Each chef has his own secret recipe and if the dish is very simple, it is not easy to find a "good" Pad Thai.